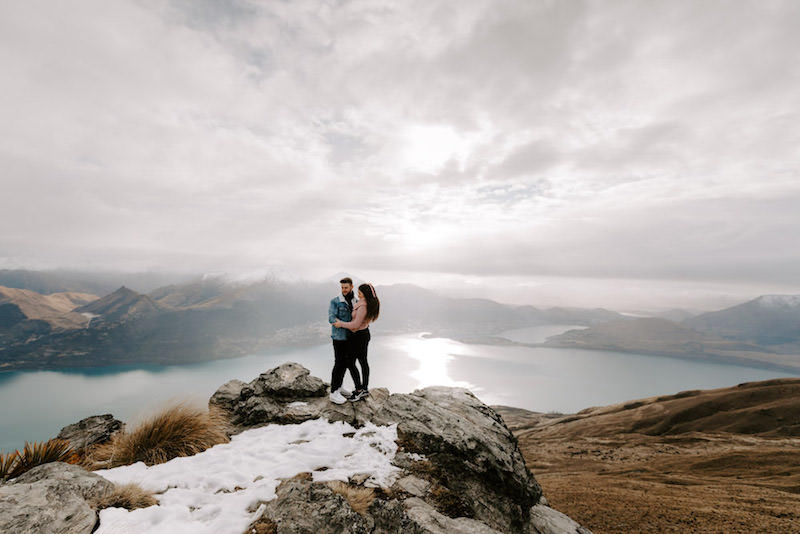 When a teenage Tia accepted a friend request on Facebook from a teenage Miguel who was a friend of a friend, she had no idea that she was actually meeting her future husband for the first time. They started talking and they hit it off. Miguel loves how happy and outgoing she is, they have so much fun together and they swear their minds are in sync.
Technology once again played a part in their love story when Miguel went looking for a couples photographer on Instagram and we started planning an epic surprise proposal couples photo shoot.
Tia’s birthday had been during lockdown so, now that the travel restrictions have lifted, her parents decided it was time for a belated birthday trip to Queenstown. Miguel told her parents about his surprise proposal idea and he came along on the trip. Tia’s mom played along by pretending that she had booked them a helicopter ride as a surprise belated birthday gift.
I showed up at the Heli works office at the same time as them and it was time to play my part. My cover story was that I was working with the marketing team and I was there to take some photos, everyone at Heli works played along and we were off with Tia none the wiser.
It’s hard to contain my excitement when I’m in that situation. When I know I’m about to be a part of the day that the couple will remember for the rest of their lives. Luckily the views as we fly over Queenstown and towards Cecil Peak are so breathtakingly beautiful that no one is looking at me and my excited grin!
We landed on Cecil Peak as delicate snowflakes fell from the winter sky. There was snow on the ground and the light was stunning. The scene could not have been any more perfect as two cheeky keas played overhead when Miguel led Tia over towards the edge. I felt like I was holding my breath as he dropped to one knee and proposed, to the love of his life, on a mountain top in Queenstown NZ. It was one of the most beautiful proposals I have ever seen. Afterward, the pilot brought over champagne and I finally got to go and introduce myself to Tia. She was blown away by all the planning that had gone into their special moment.
I had asked Miguel what her favourite songs were and they played in the background as I photographed them, hopping from rock to rock on the top of the mountain. It was a very emotional 45 minutes that seemed to pass in the blink of a (very teary) eye. We all flew back to town with the biggest smiles before Miguel took Tia home to a house filled with balloons and flowers.
Congratulations again Miguel and Tia, thank you for letting me be a part of your special day. 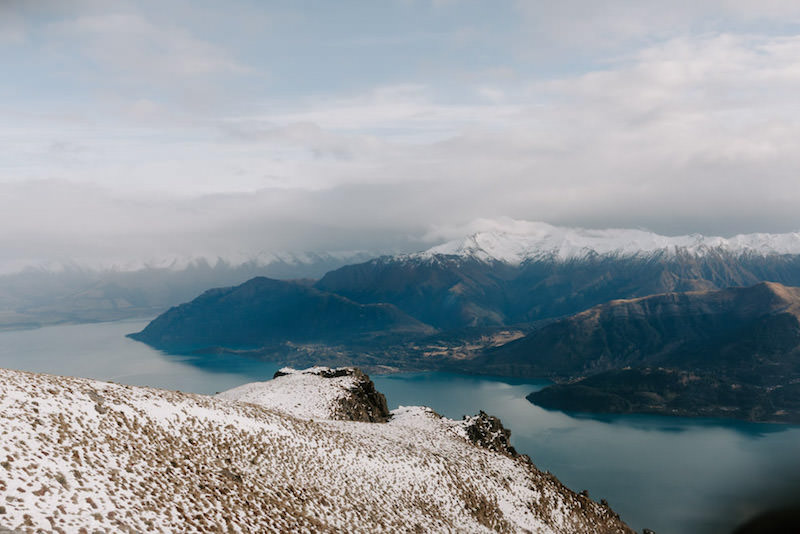 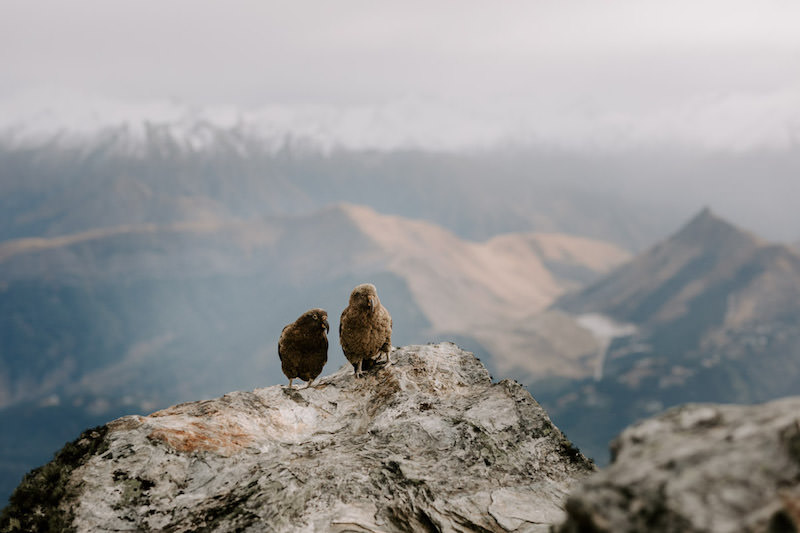 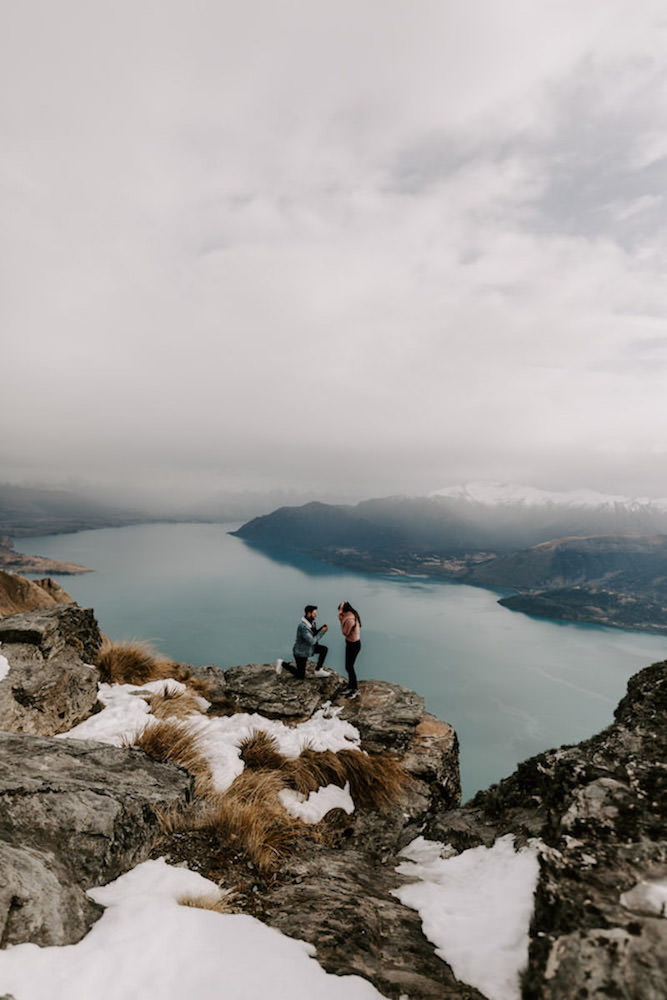 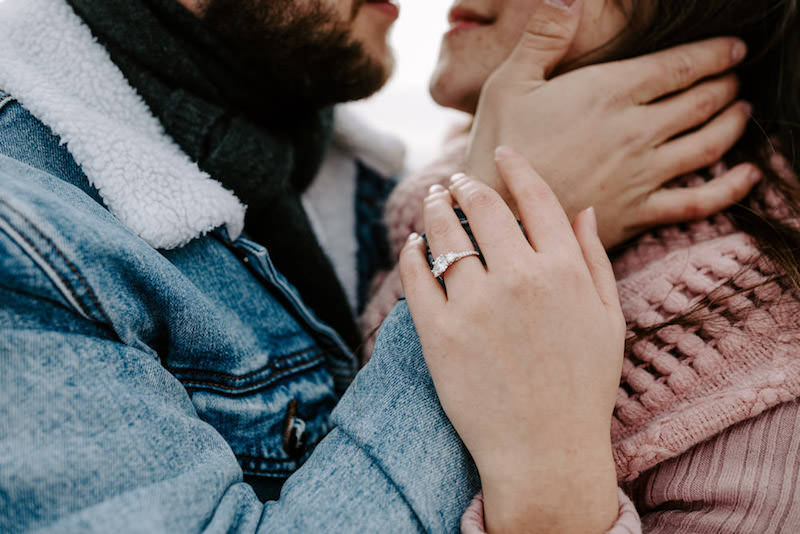 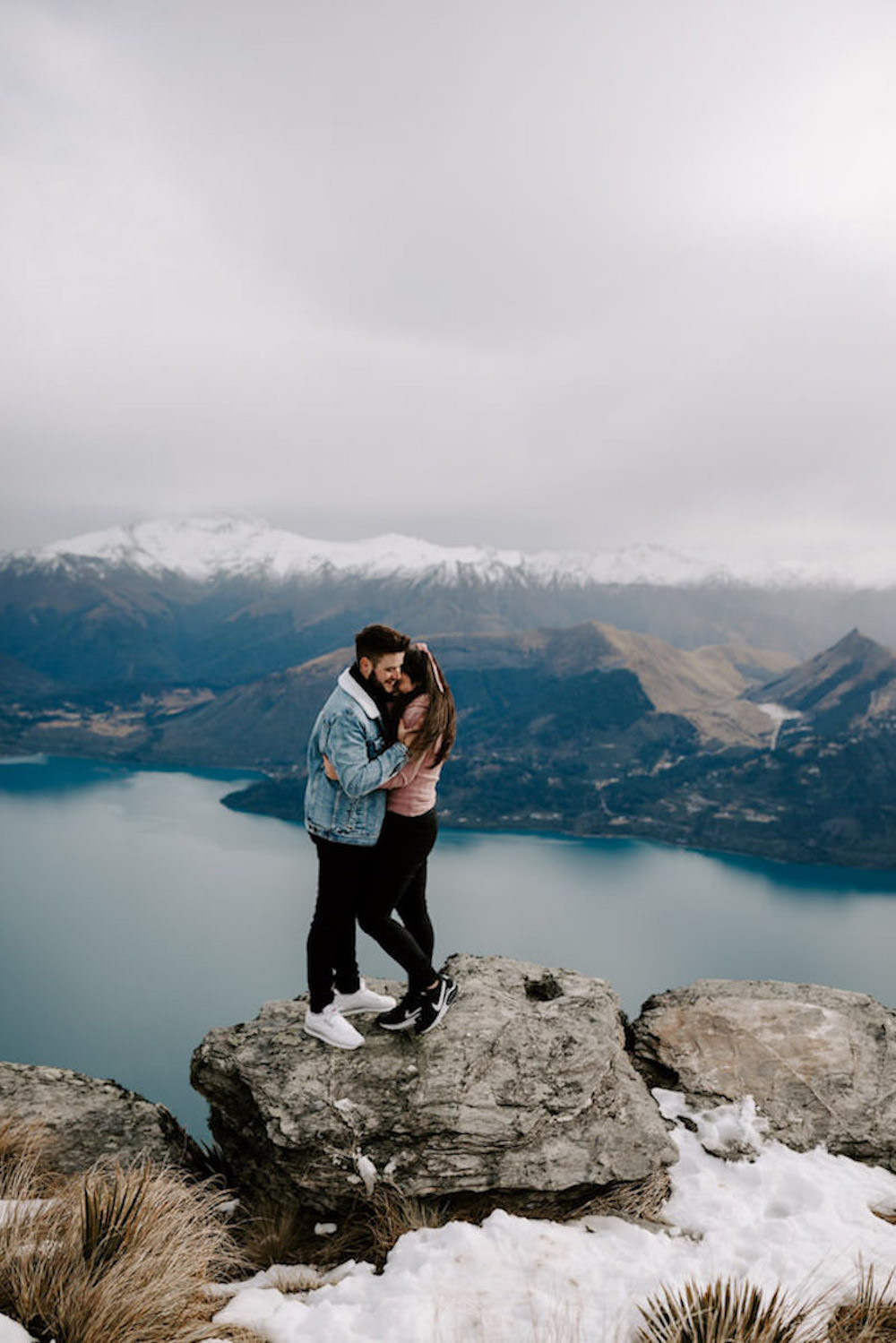 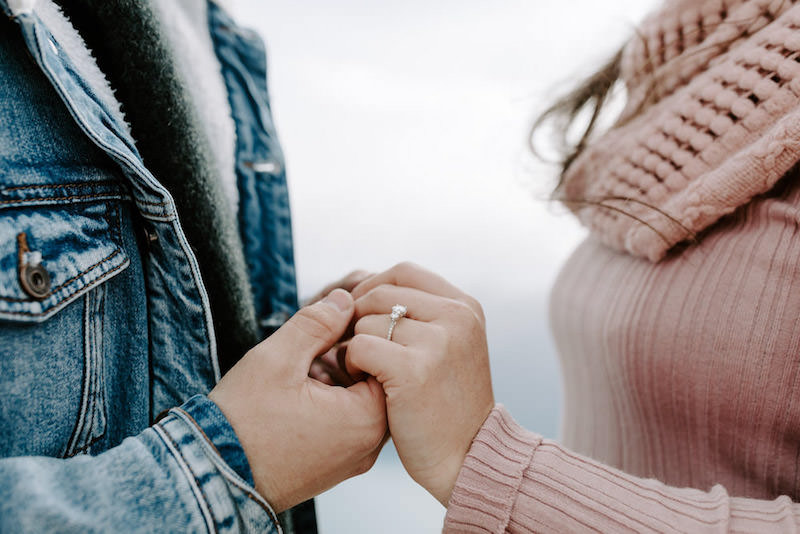 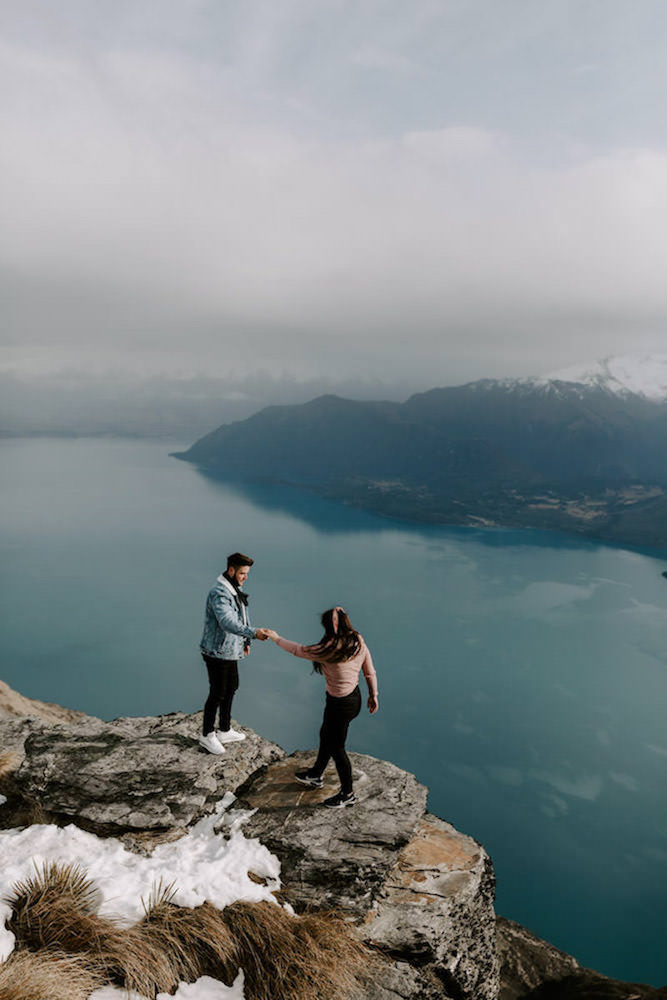 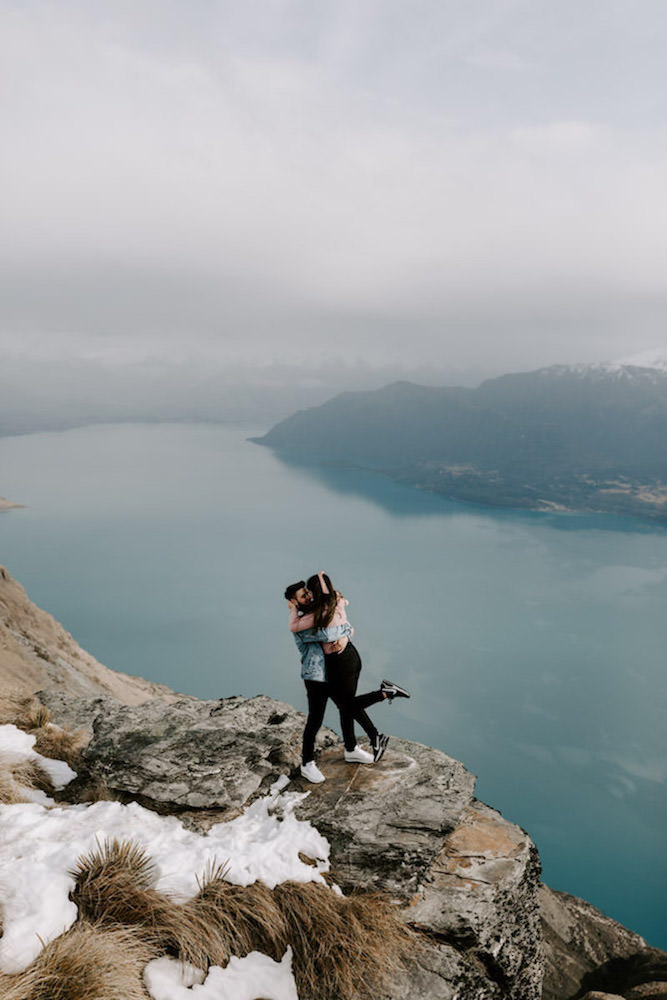 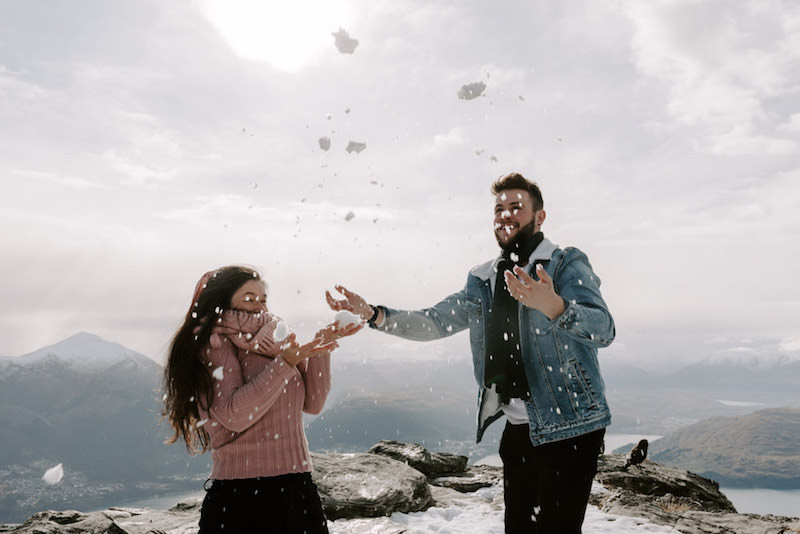 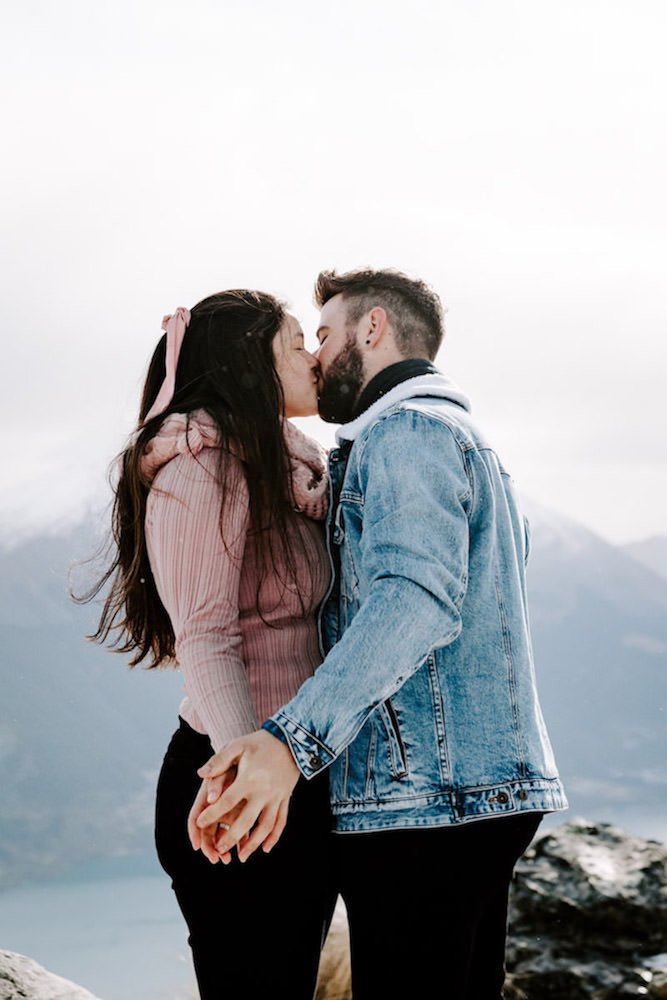 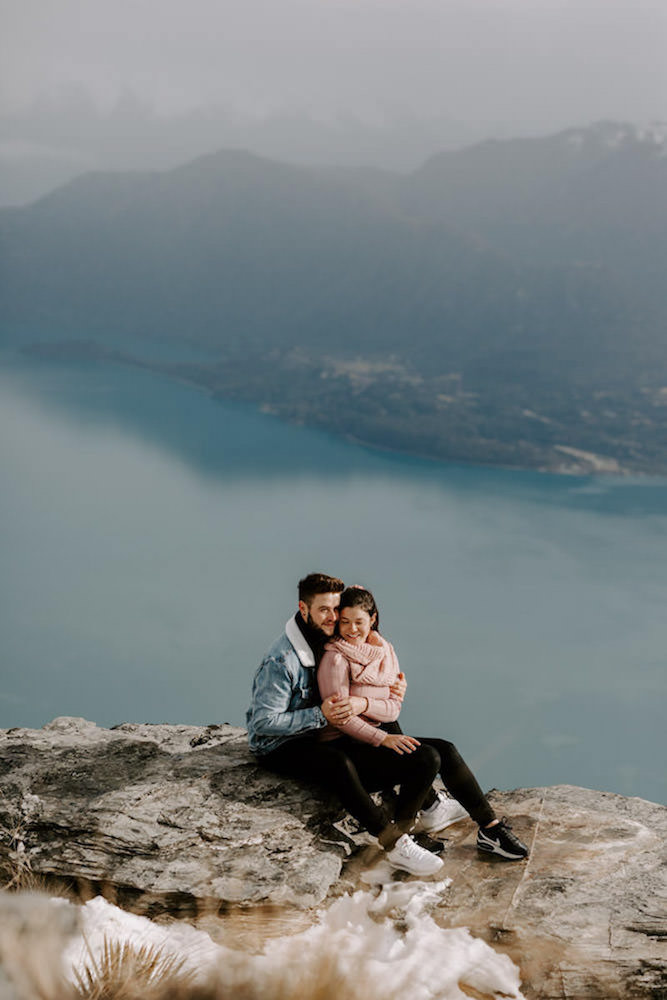 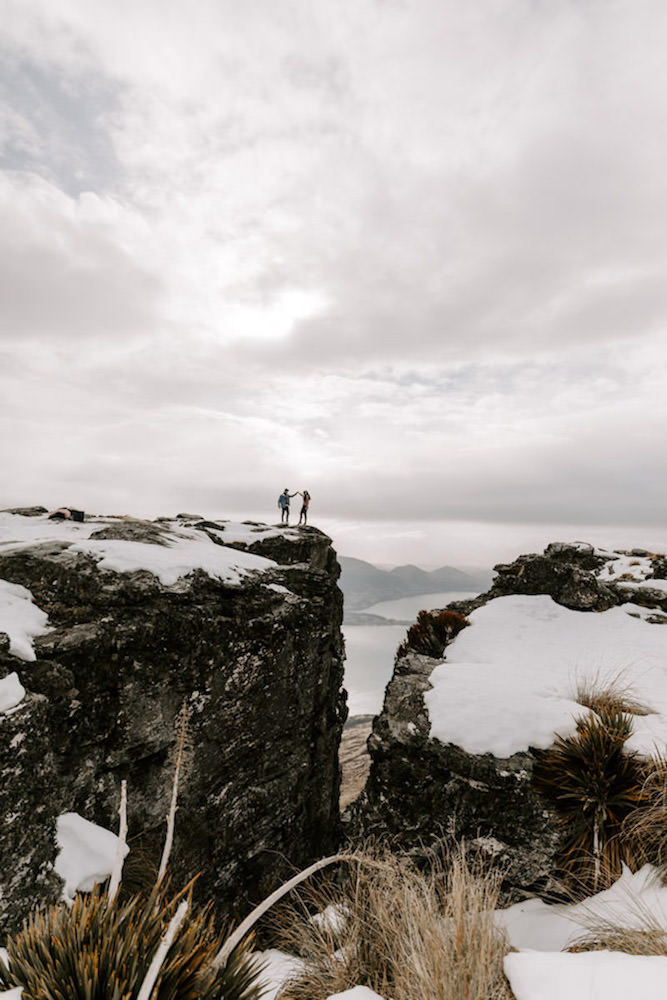 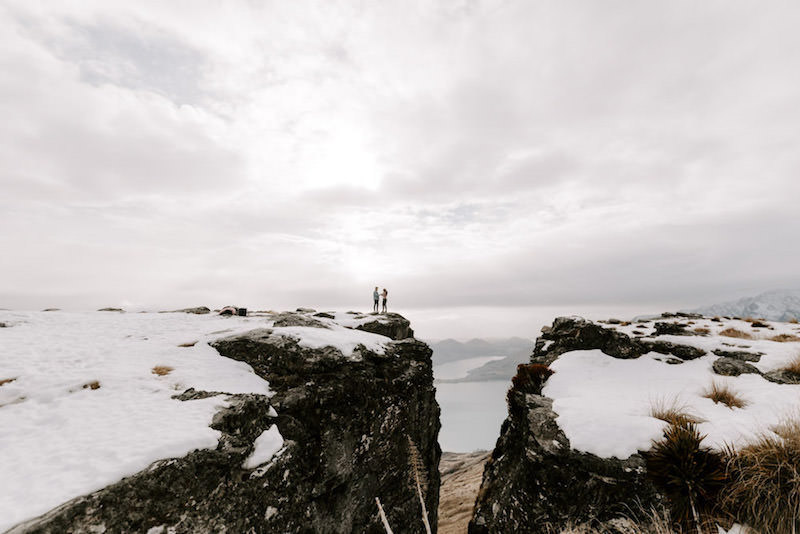 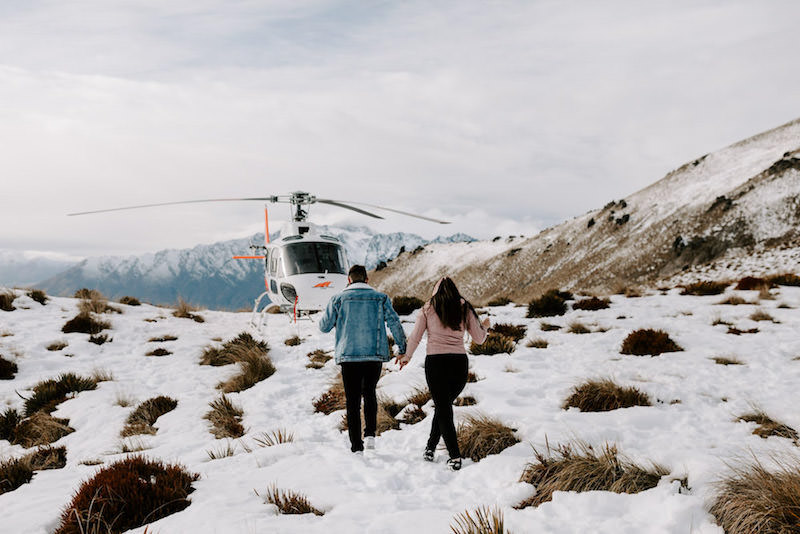 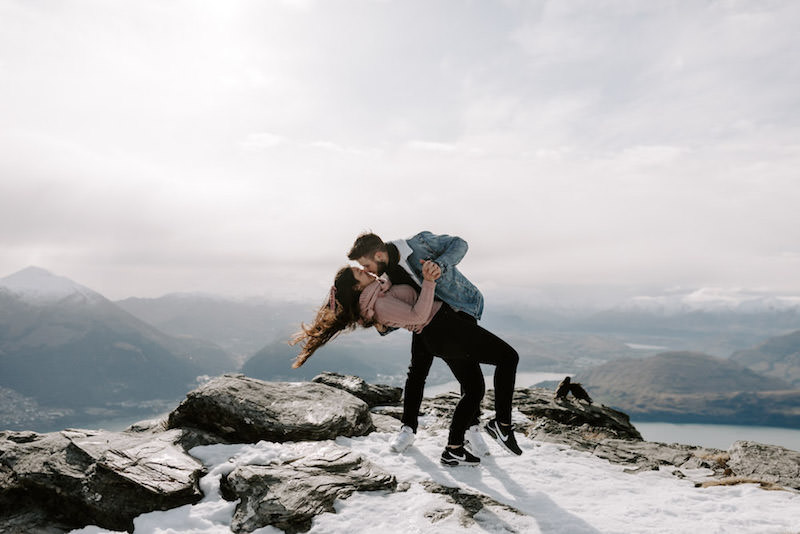 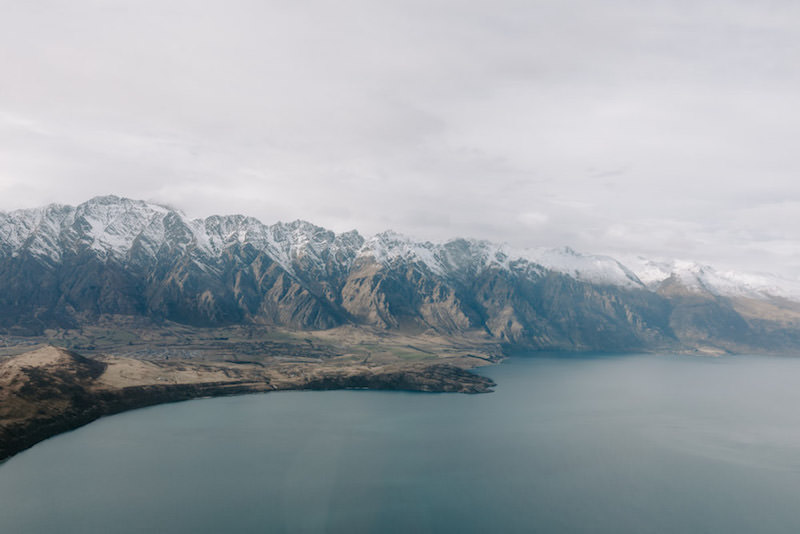