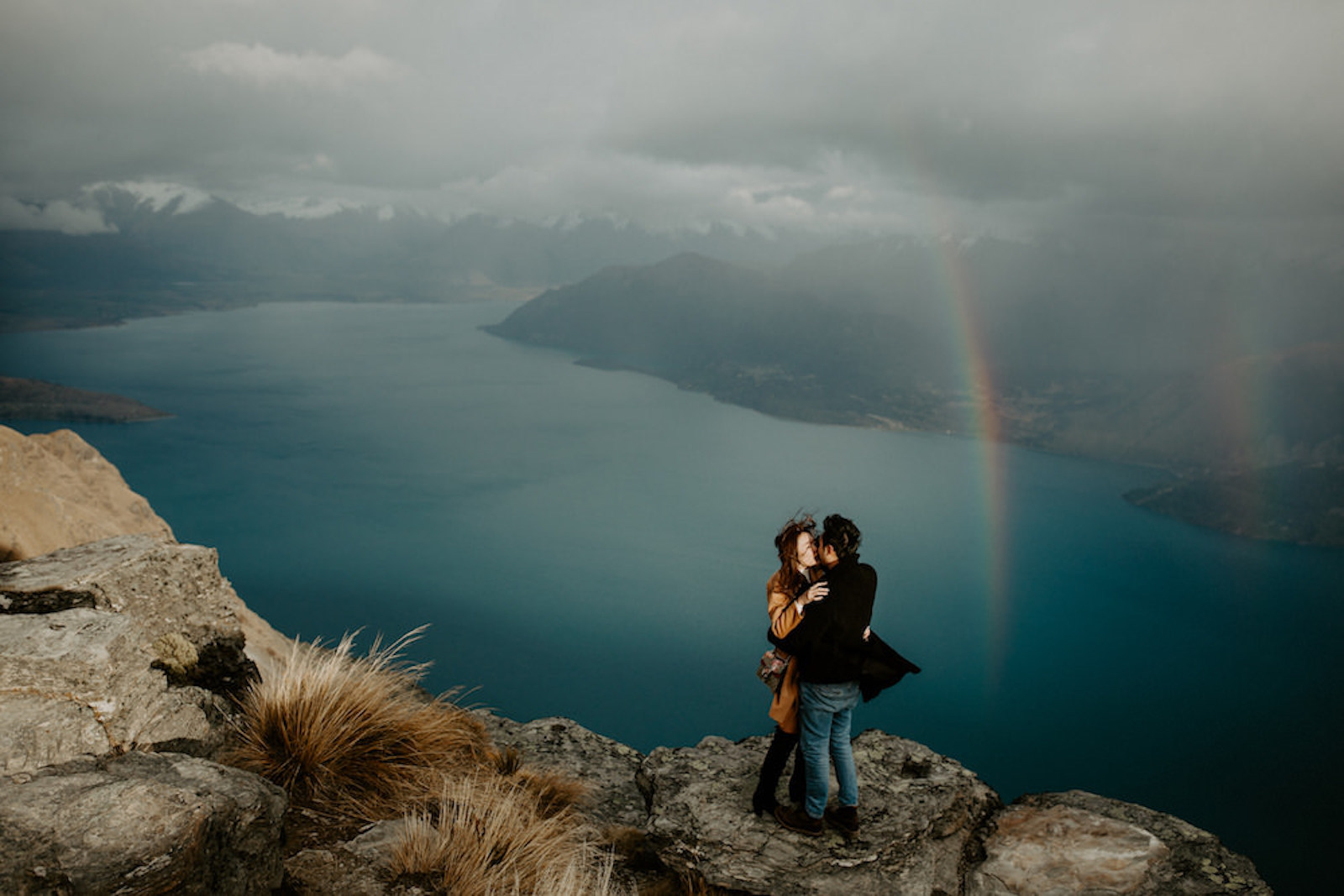 JY & Judith came all the way down south to Queenstown for a romantic couple’s break, little did Judith know, there was something in the itinerary she didn’t plan. JY & I had been secretly emailing and planning an epic surprise proposal on a mountain top in Queenstown. We initially tried to fly to Roy’s Peak however the huge storm that came through brought heavy snow and high winds. Luckily, we had a few extra days to play with, we swapped our plans and booked the helicopter for the Ledge on Cecil Peak.

I am now the Queen of incognito, I dressed in my hiking outfit, played tourist, and checked in for the flight, all the time not paying any attention to JY and Judith at all. The heliworks staff knew what was about to go down, conducted the safety briefing while asking where we were from and acting as though they had never seen me before either.

The flight to Cecil peak was breathtaking. Once we landed, I kept in character and asked the pilot to snap a few photos of me in front of the helicopter. After a few minutes wandering around the ledge I gave JY a sneaky thumbs up, it was time for the surprise proposal. As instructed prior he knew to get as close to the lake view as possible. As JY dropped to one knee, two rainbows appeared behind the couple, it couldn’t have been more perfect. Judith was so surprised and in shock when JY pointed up to me snapping away. The pilot brought over the bubbles and we celebrated together cliffside.

On the return JY confessed he didn’t know if the right person was on the flight with them, my acting skills fooled them both… I will accept my Oscar in the post 😉 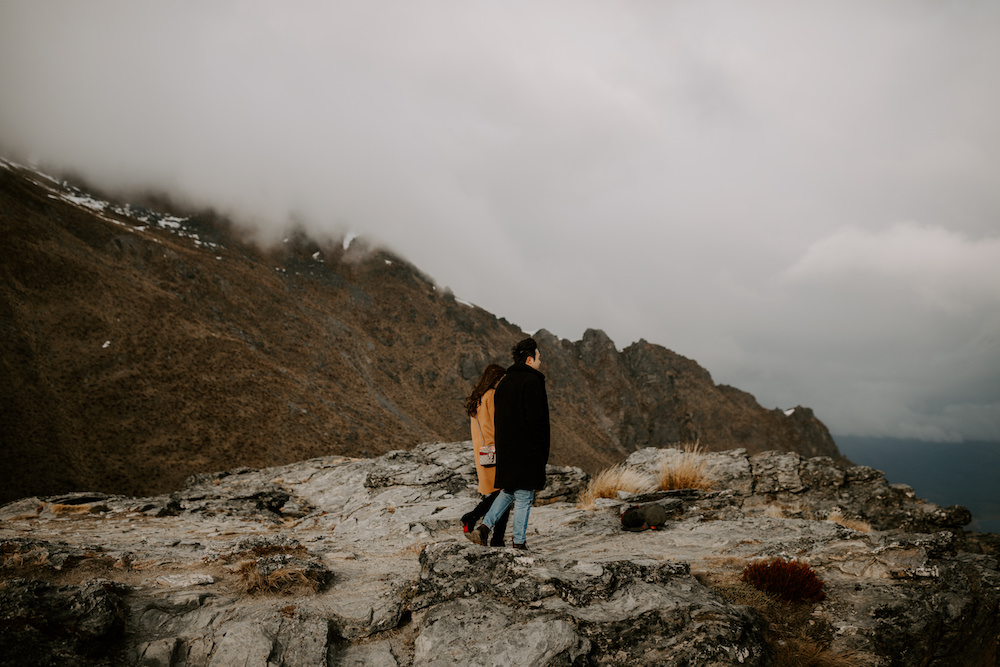 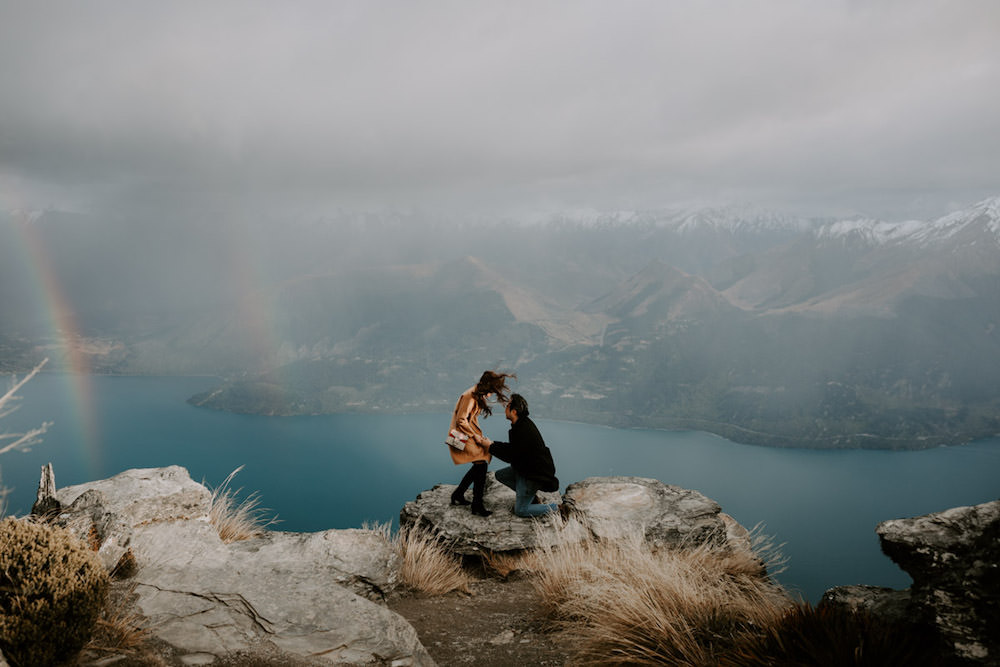 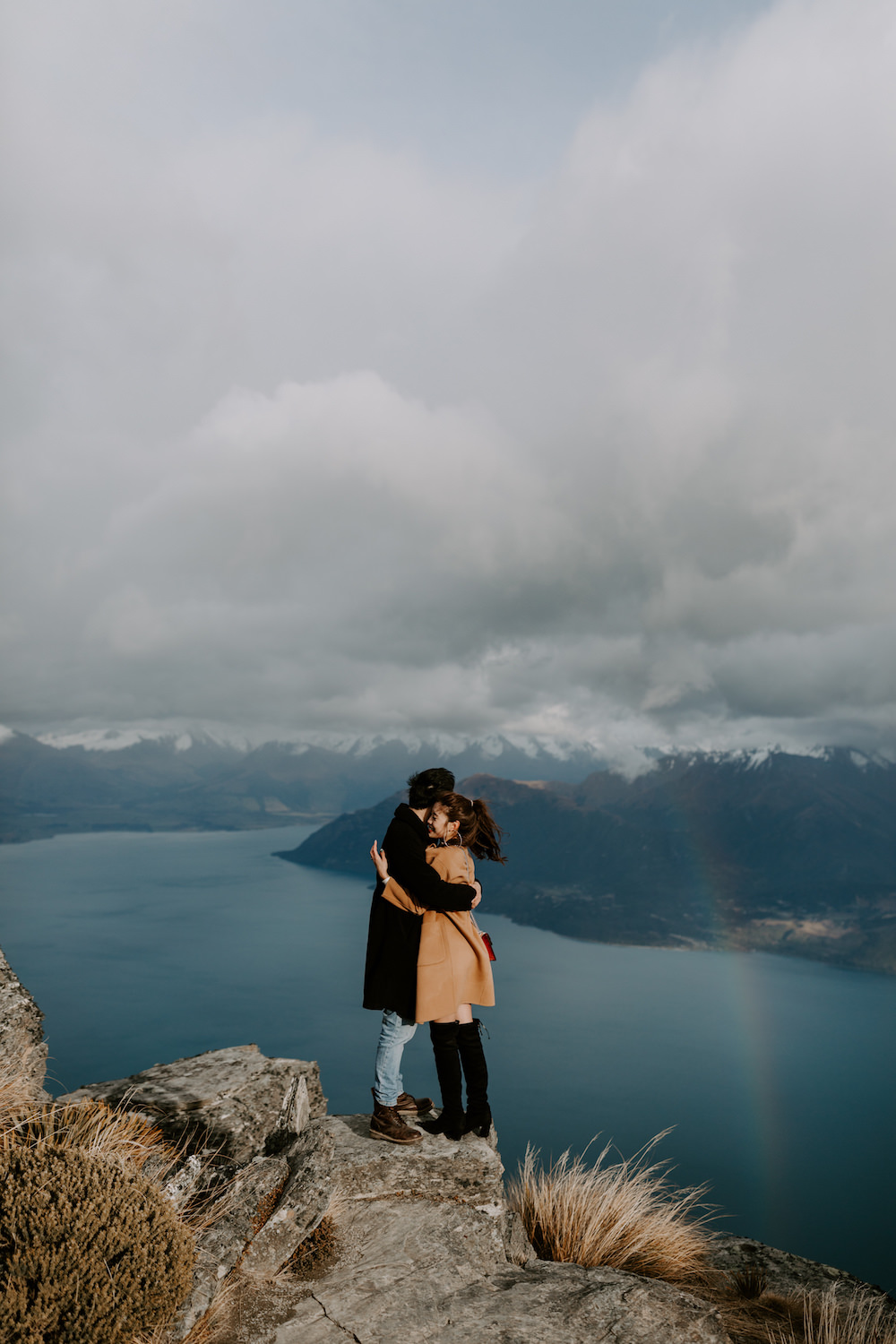 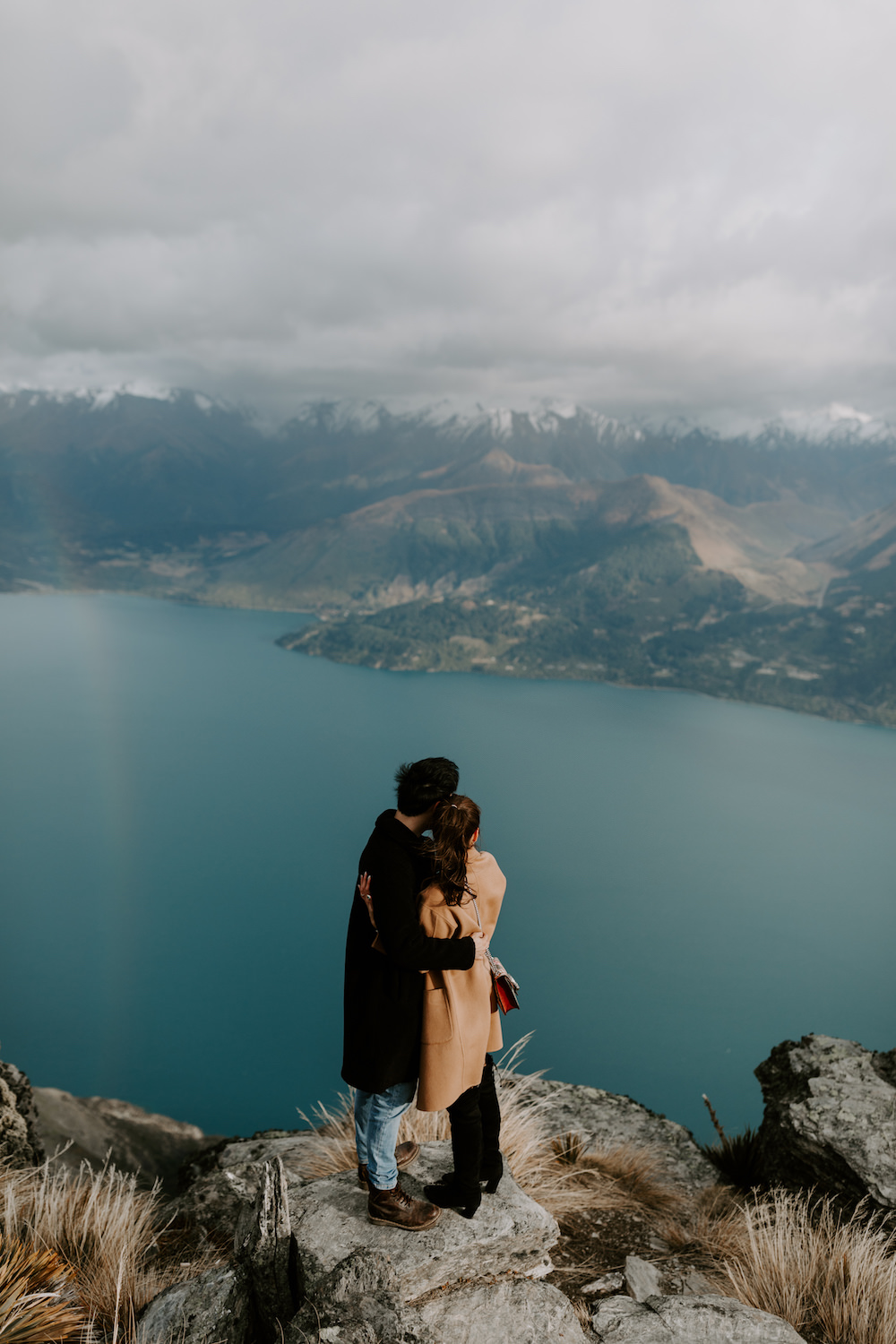 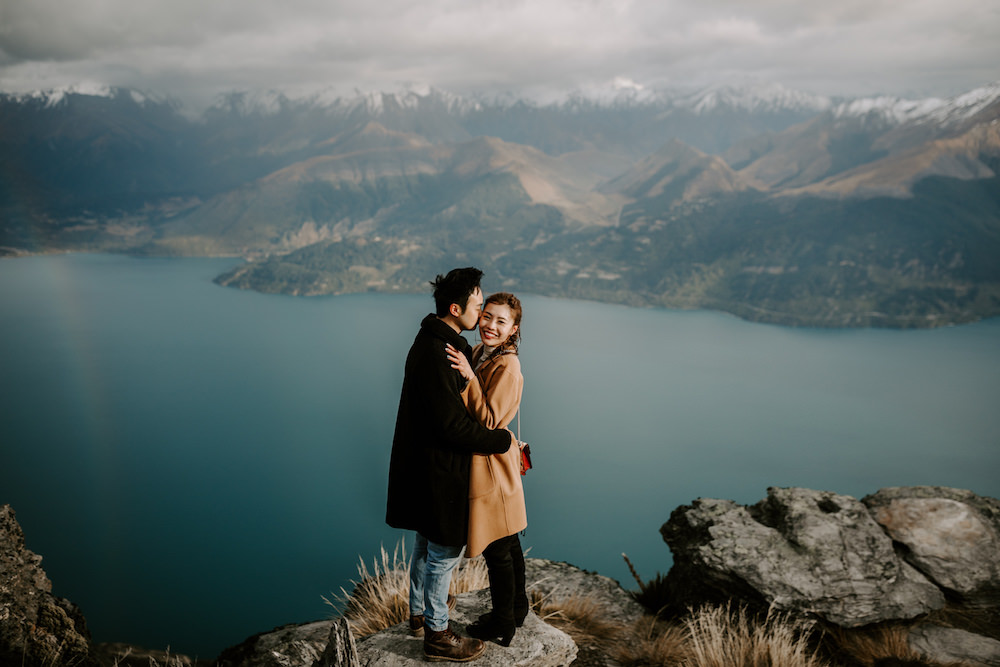 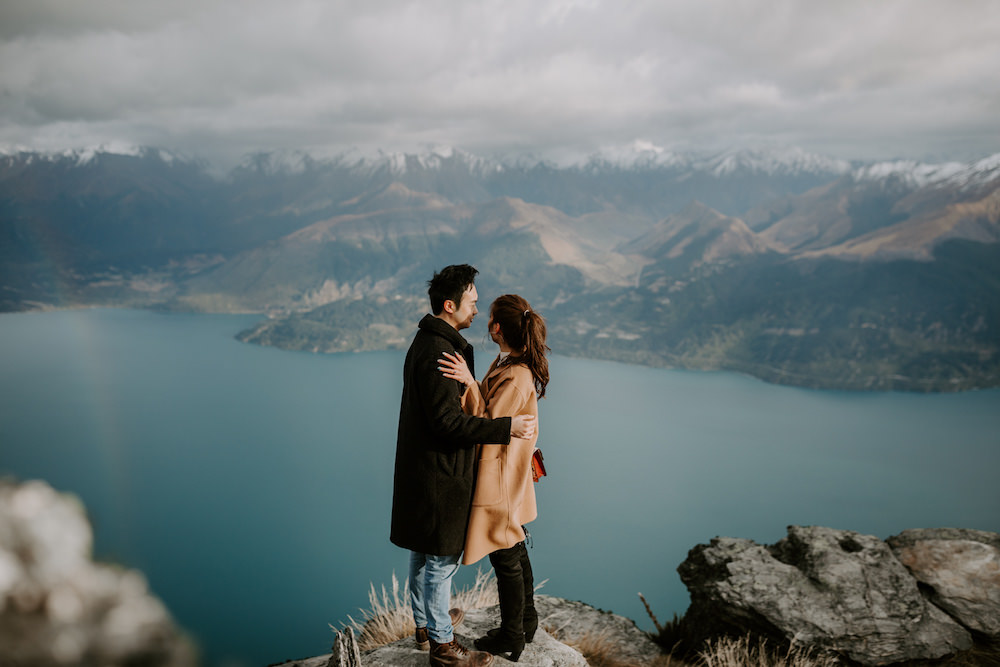 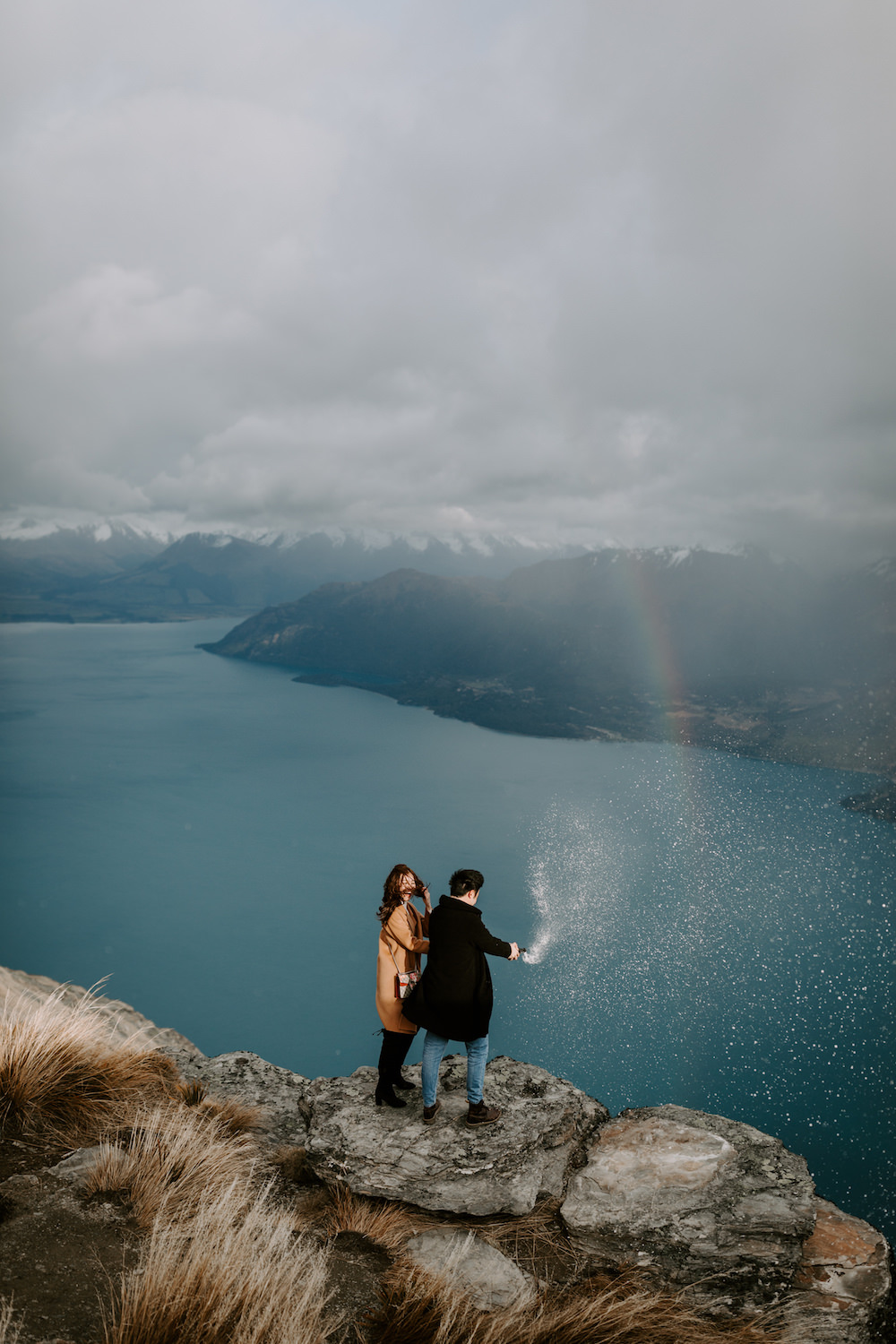 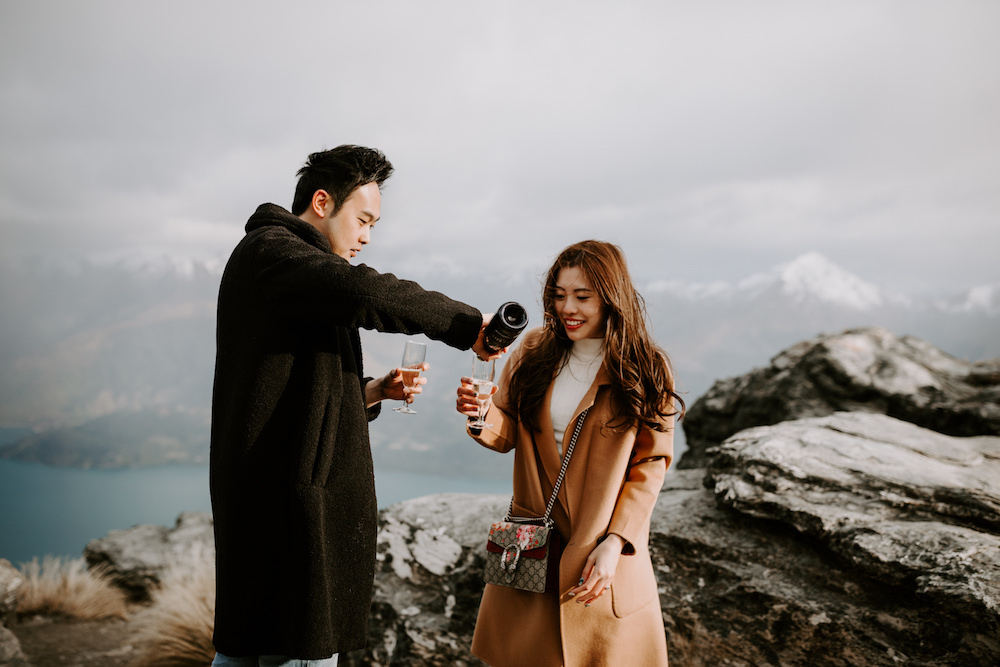 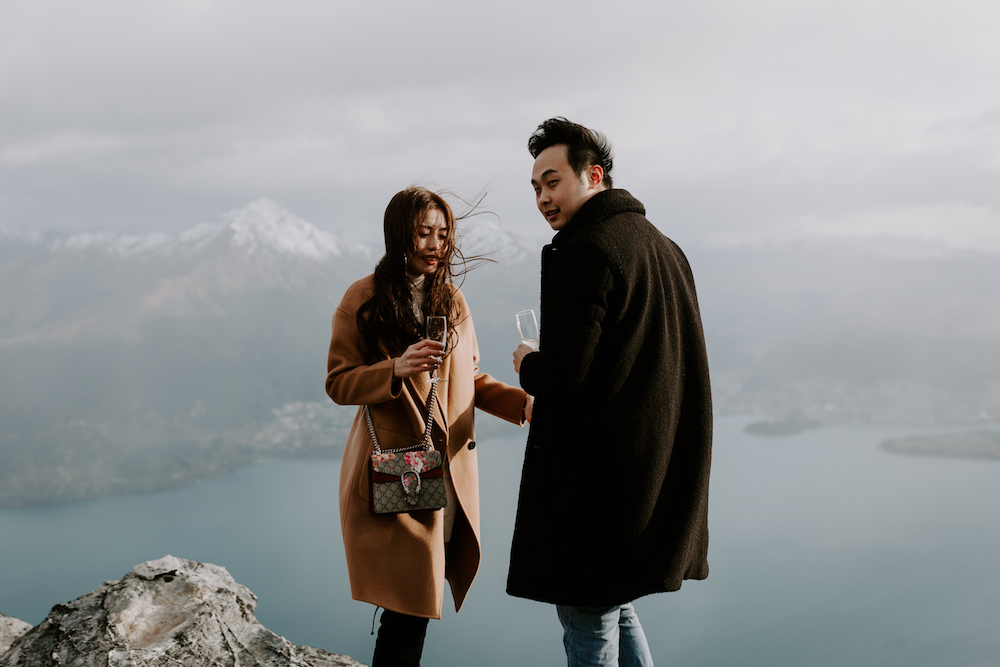 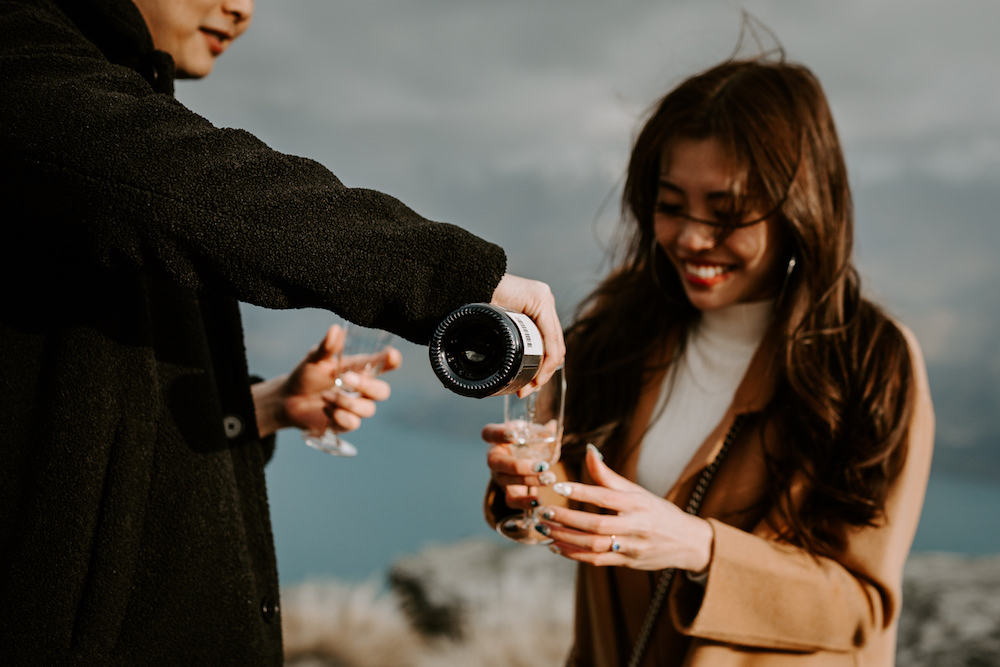 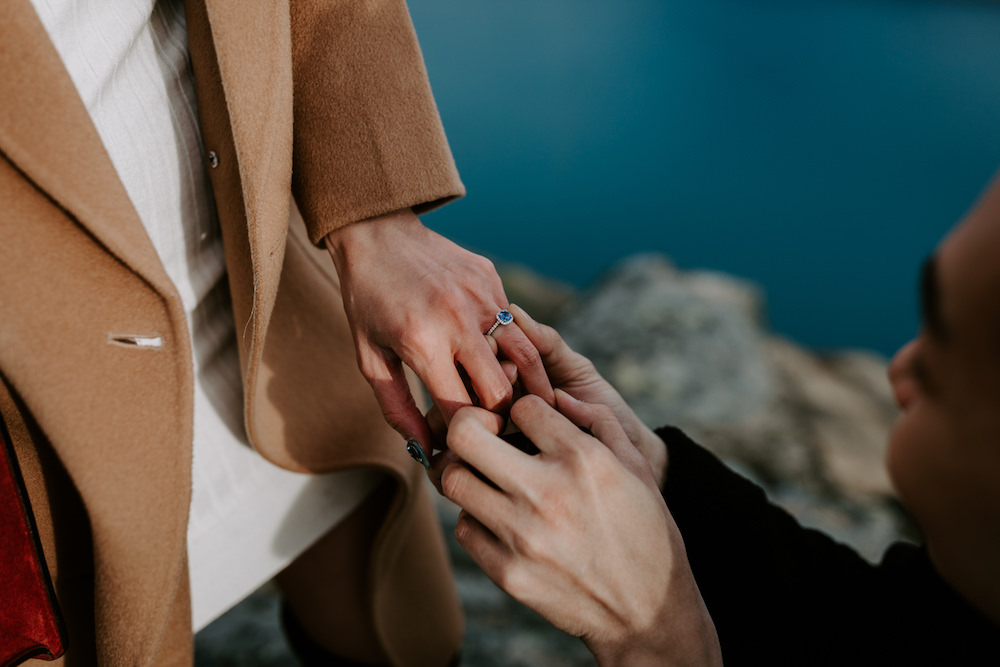 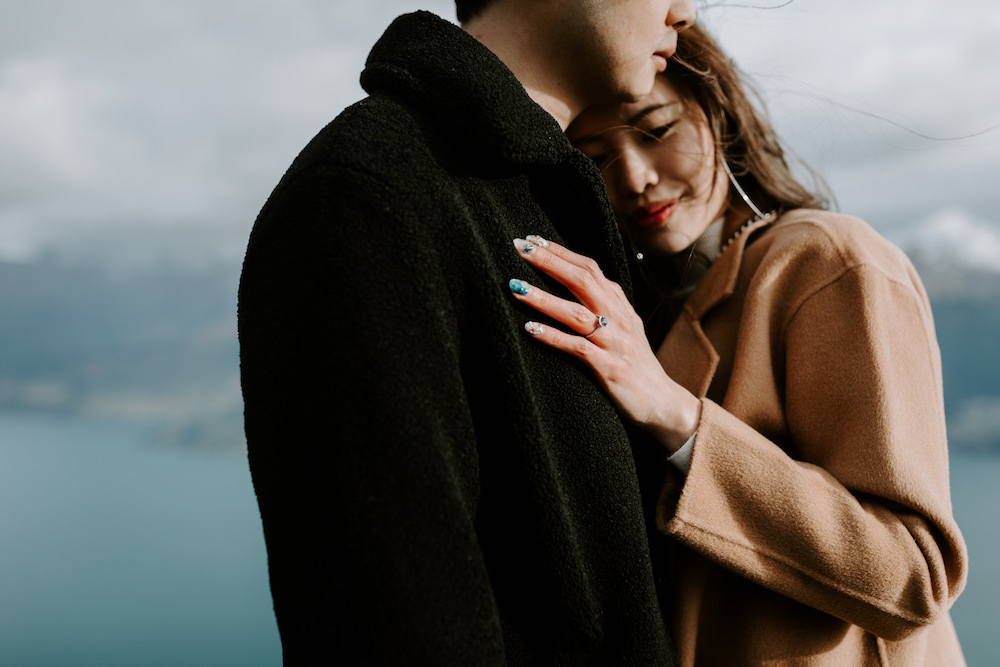 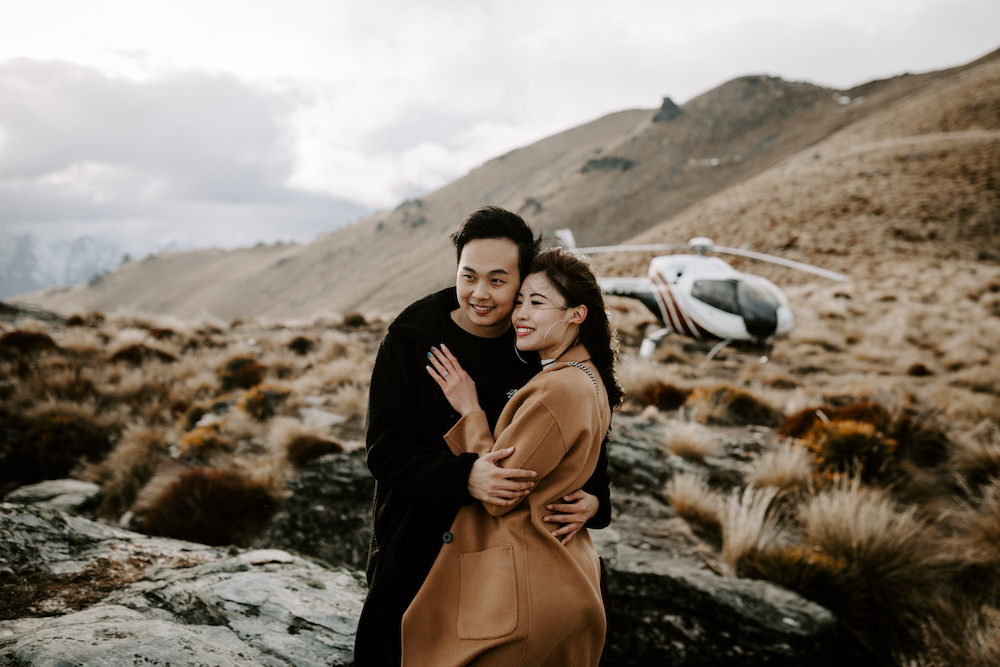 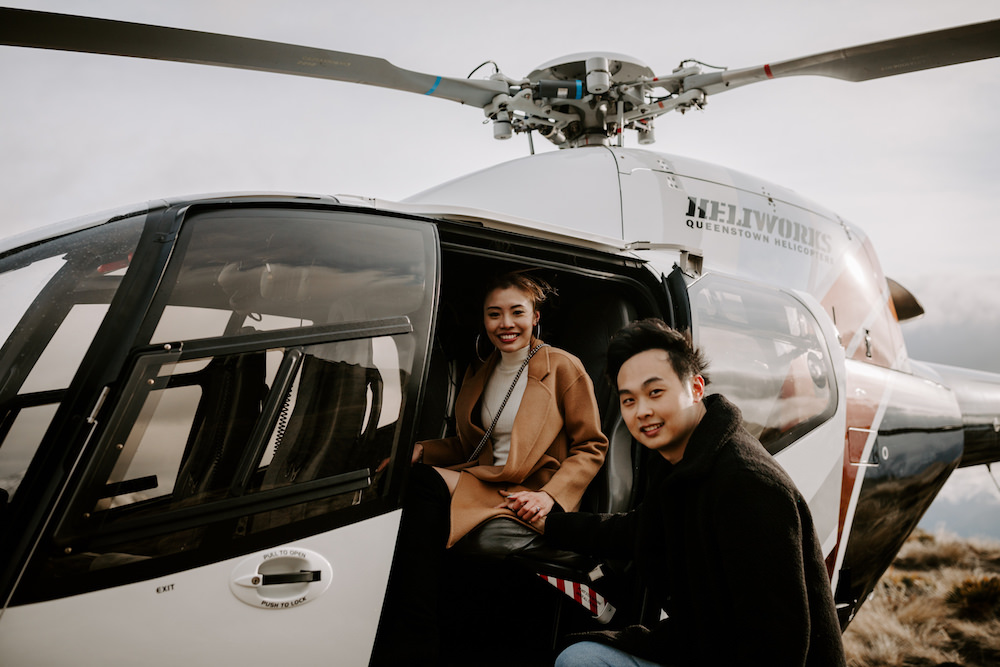